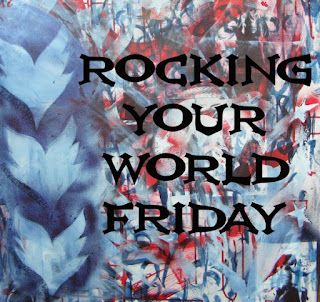 So first up last Friday we were once again over at my sisters, this time with hubby.  He was busy repairing two laminate floors for her, no mean feat when you realise that he was working backwards with the laminate - rather than click and drop he had to drop and click if that makes sense.  At one point we really didn't think he would manage to repair it, but he persevered and managed it which was brilliant as it looks so much better now.
In the meantime me, my Mum and my sister all set to painting her bedroom, she'd taken the time in the week to replace the couple of damaged pieces of paper, so we were able to get straight on.  By late Friday afternoon the room was fully painted and glossed and everything was pushed back as well as we were able to.
It looks sooooooooo much better.
Saturday was our day off and we intended on doing, well not a lot if I'm honest.  As it turned out however, my sister (who'd managed to find a wardrobe on marketplace on Facebook), needed a hand to get the new wardrobe up her stairs.  We headed straight over, hubby, sister and the van man moved the wardrobe, then hubby re-attached the doors and I put the shelves back before pushing into its final space.  I emptied the original wardrobe and then hubby set to dismantling it and within the hour we were all done and back home.
I had an afternoon moving crafty items around my desk (does anyone else get that when they have such a huge amount to do and manage none of it) before we settled down for the evening.  I was grateful for the down time even if I didn't get done what I set to get done.
On the Sunday we had a quiet day, said 20 year old was working, so me and hubby kicked back and had the slower day that we'd intended on the Saturday and I managed some crafting which was brilliant.
I enjoyed my first mince pie of the season 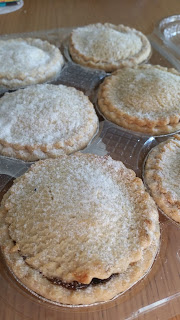 and hubby made his Christmas cake 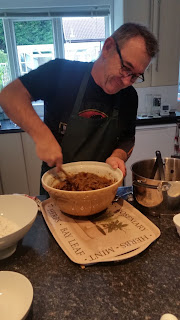 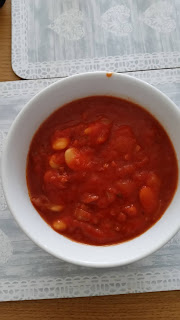 Monday arrived all too quickly and back into work mode for both of us.  However, we enjoyed watching Stranger Things on Netflix in the evenings, my sister had said it was a good watch on the run up to Halloween and not scary, I think I'll dispute the second statement on the not scary bit but I did enjoy it and it was a compelling watch.  No doubt we will get around to watching the second series moving forward.
As a result of the binge watching we had a very late night on a school night (not like us at all) and so it took a couple of days to pull back on the sleep I'd missed out on (I need an awful lot of sleep if I'm honest).
My one day in the office made me notice the autumn colours 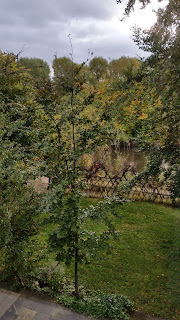 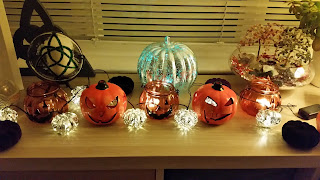 We've enjoyed a couple of walks and I've managed to tick a few things off my to do list this week, but overall its been a relatively quiet affair.  Unfortunately, the new tiered lockdown means we are on the mid-tier which means we can no longer blend households which means decorating currently has to go on hold at my sisters.  Unless I'm there on my own when she's working, so for now I'll down tools for a few weeks and hope they can get things back on an even keel where I can be inside in the same room as my Mum and sister once again.
I took this photo this week I was putting my make up on the other morning and noticed how beautiful the sky was so opened the window to get this shot.  How beautiful is that! 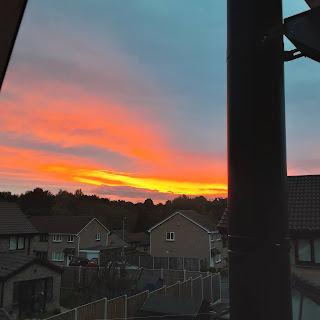 If you fancy joining in pop a post together, come back and link up so we can come and visit.
Posted by Virginia at 00:30