Good morning one and all, here we are on Friday again, where does the time go - honestly! 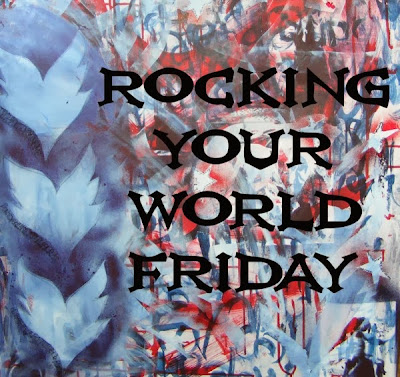 So what shenanigans have we had this week.  Well it was a trying weekend, but in amongst it being trying there were positives.  We managed an outdoor fire that was definitely a positive, in fact we had one on Monday too, so that was two positives plus I managed to get rid of an awful lot of shredding on the fire rather than in the shredder (I tend to kill shredders so it looked relieved when I waltzed out of the door with the two boxes under my arm).

So another positive I now have two collapsible storage boxes back in use - win win!

Monday - I spent the day in the garden, moved the garden store around and washed the kitchen window which has been in desperate need of washing in forever if I'm honest it's lovely to be able to see outside again.

Said 13 year old going out to tea, he really enjoyed going to his friends house and it gave me and hubby a couple of quality hours together which we were in desperate need of.

A meeting about some consultative work this week which went well, fingers crossed something comes of it.

Helping my Mum out on Tuesday with decluttering her middle bedroom which had got quite frankly into an epic state.  It's really starting to come together.

My wonderful sister for listening to me when things were getting topside of me on Tuesday morning, just sitting and nattering made for a positive in my book.

Lovely bloggers happening by and saying hello on their way, always makes me smile even though I haven't managed much in the way of crafting.

So there you go - happy positives that have made my week.  How's yours been?  Fancy joining in pop a post together and head back here to tell us all about it, don't forget to leave a comment and we'll come and visit.  I'll apologise now for the lack of photos I'm in the middle of decommissioning a PC and starting up a new one and so I'm technically between two machines - normal service to resume shortly (I promise).

Here is Mr Linky for you