Good Morning, I checked its Friday - drat not ready - but hey its time for 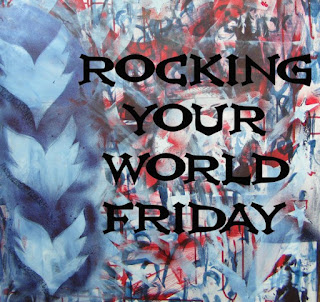 So lets find the positive moments from the last 7 days, well its exactly 7 days since we set off for our annual jaunt out to Chatsworth for the Country Fayre and although we were a little apprehensive about the weather, we really need not have worried, because the weather was fine for the duration although a little cloudy

We always head to the grand arena for the first part of the day to watched the mounted games - riders and ponies racing up and down an obstacle course - completely mad but great fun to watch and its obvious that the ponies absolutely love it! 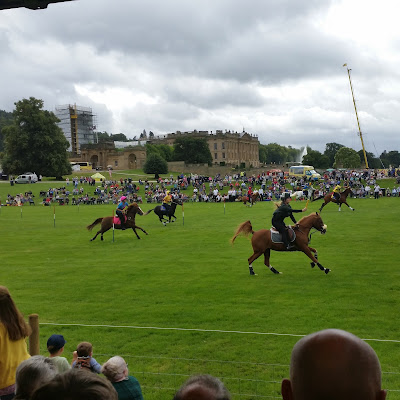 Then we walked the rifle/gun ranges - as said 15 year old has got older, he is much happier to have a go, this particular range used live rounds - the first time he could have a go at this he only managed one shot before his dad had to take over - no such problem on Friday! 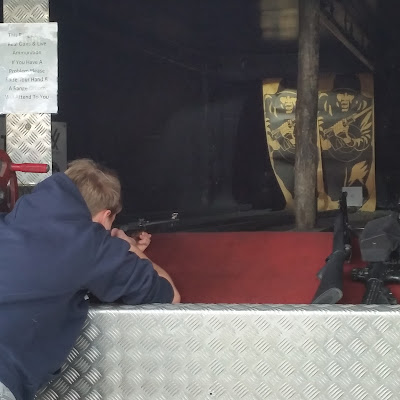 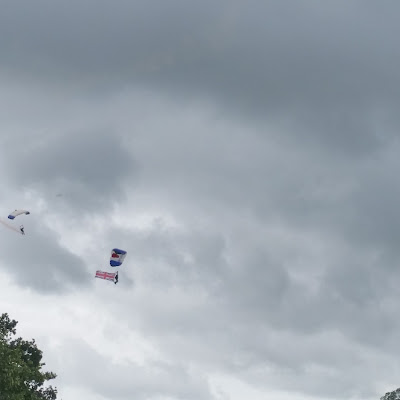 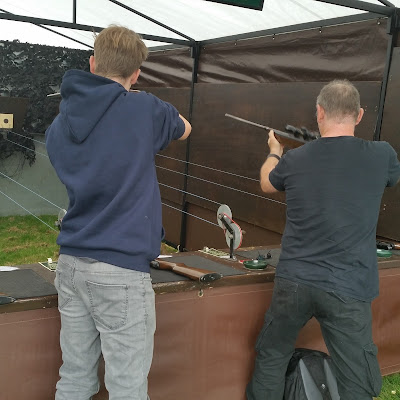 And the one that said 15 year old really wanted to try - the clay pigeon shooting.  Hubby said he didn't need to have a go as he'd done it previously - but I forced his hand (he was 17 years old last time he did clay pigeon).  Said 15 year old got about 5 shots out of 10 - hubby managed 10 out of 10 - not bad for someone who hasn't shot these sort of guns since he was 17 - the downside the happy smiling glistening eyes as they turned round in the 'I want to do that again' kind of way! 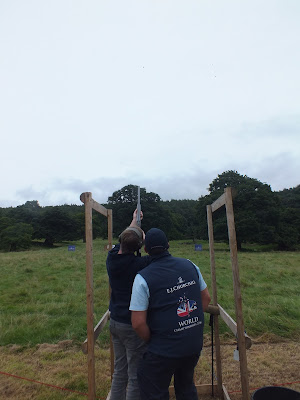 We saw the exotic species tent and took a shine to the Raven - he was very funny! 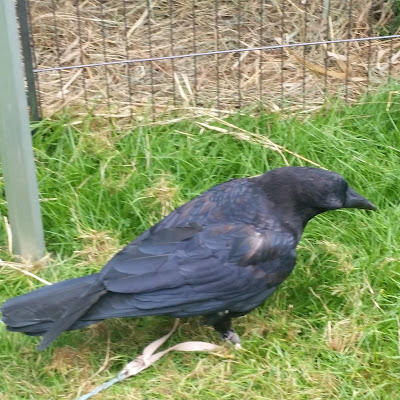 As the day progressed we wander through the stalls and craft tents, checked out the food area and had a lovely time.  We stopped off at lunch for food and headed back in wandering around for a while longer.

We loved the Red Arrows - always a favourite of ours when they are there. 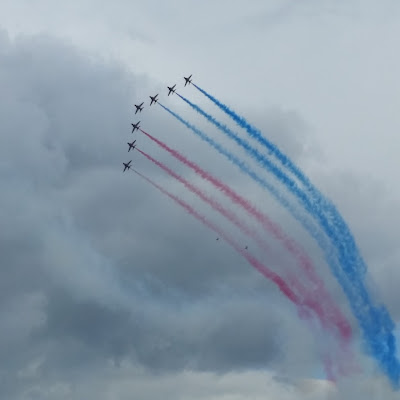 They had to do their lower display due to the cloud coverage but it was fabulous nonetheless! 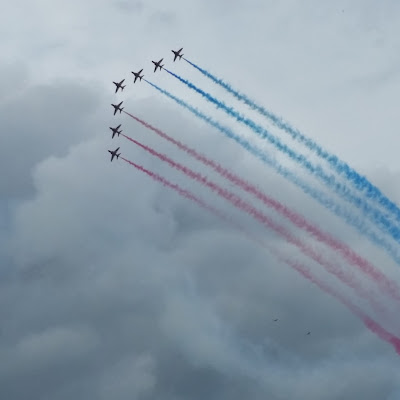 We then headed down to the main cookery tent to see Paul Hollywood - we just wanted to see him, we didn't need to see him make a bakewell tart!  With Bakewell two minutes away we thought this might be risky - tee hee! 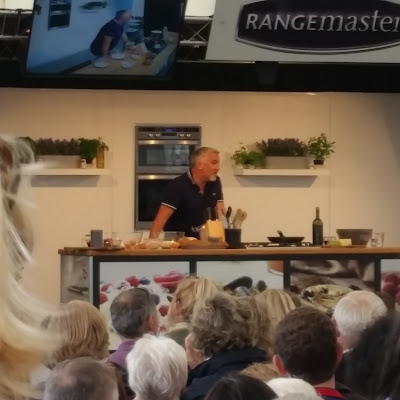 We also wandered down to the military vehicles 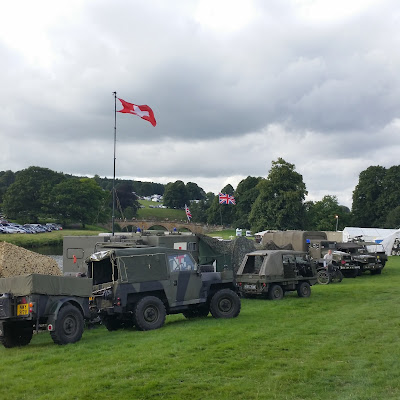 These two were checking out the vehicles 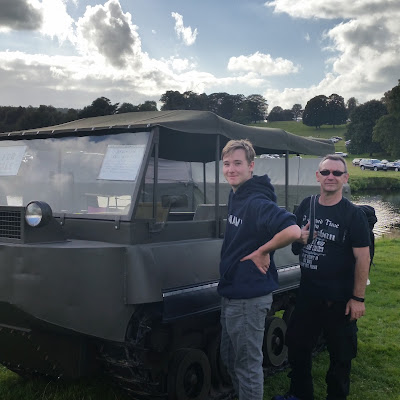 And as the day drew to a close we did get some blue skies - apologies for the bright yellow waste bin - never saw it when I took the photo! 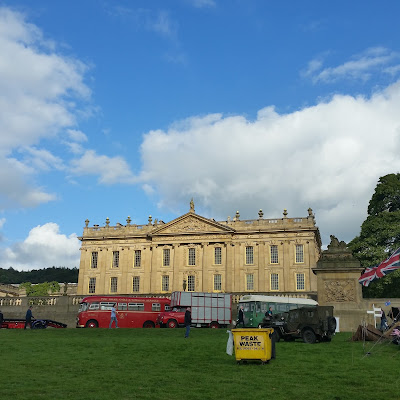 Saturday was definitely a recovery day, although it was also hairdressers for said 15 year old ready for him returning to school.

Sunday we were back at Chatsworth again and the statement - what a difference a day makes comes to mind - look at the state of the grand arena - the torrential rain on Saturday had made a big difference to the ground, although most of it was fairly dry to walk on, there were only a few muddy pockets, although we arrived in drizzle which continued for an hour or two before it disappeared. 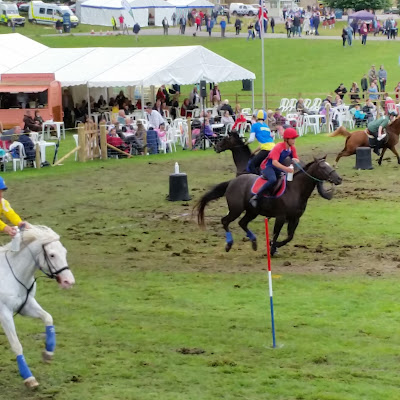 Hubby managed a family selfie as we noted from Saturday that there wasn't a single picture of me! 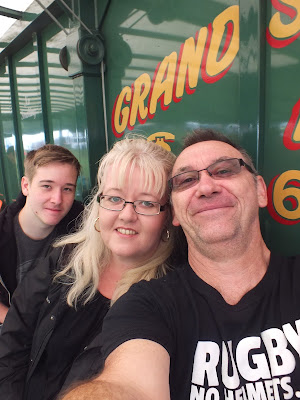 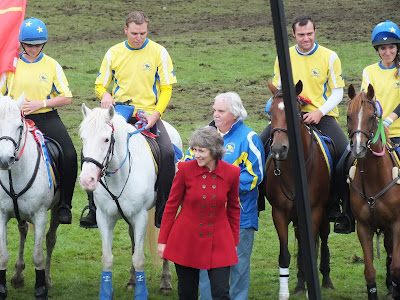 We headed back up to the clay pigeon shooting as it was the one thing that both hubby and said 15 year old loved on the Friday. 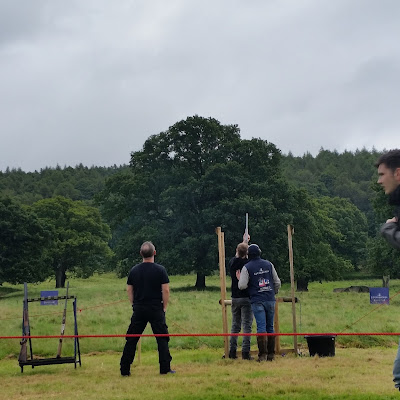 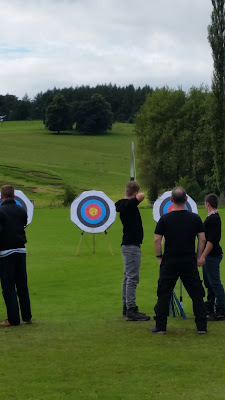 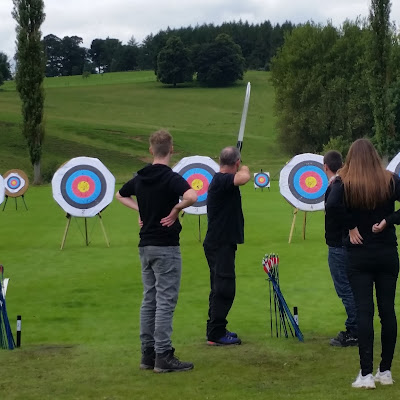 And then hubby and said 15 year old were checking out the cars - he looks far too comfortable in this one for my liking! 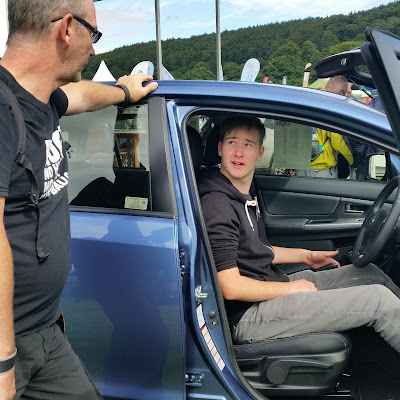 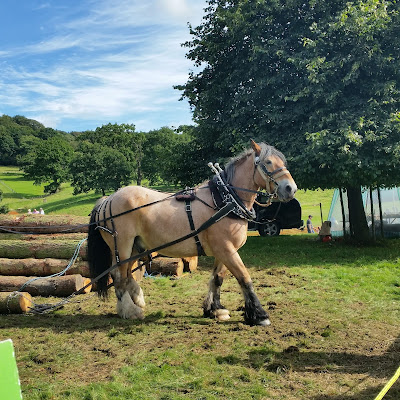 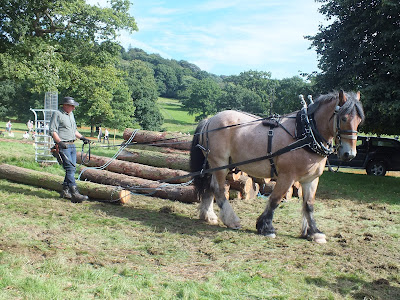 Then back for a cuppa again 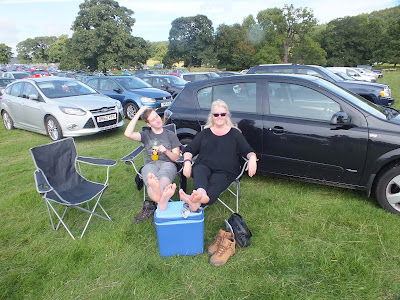 Before setting up on the hillside for the red arrows 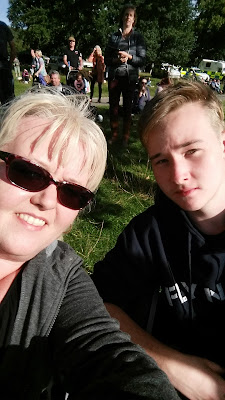 I loved this photo hubby got because 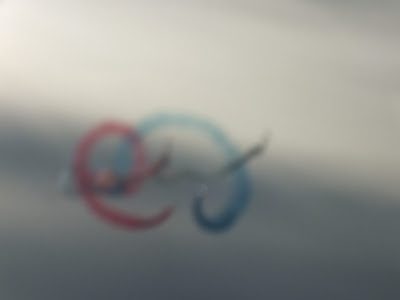 the very next shot was in focus 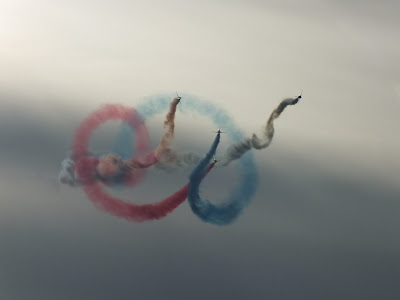 And then they did this - how they manage these aerial displays I will never know. 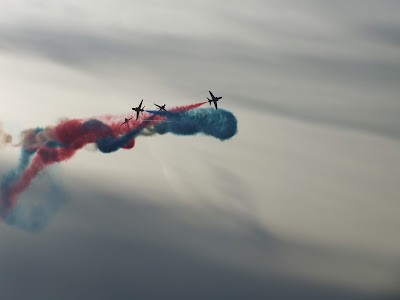 After the display (which was much later - 6pm) everyone jumped in their car and tried to leave, we were overtaken by three coaches on our way back to the car.  The idea of sitting in traffic didn't appeal, so we set up the chairs and table and dragged out the remains of the picnic, a couple of butties, a slice of cake, mugs of hot coffee and watching the beautiful evening sky, before we finally started to pack up as the traffic was starting to move.

Strangely enough, we managed to beat all three of those coaches out of the park, as we've always said - utterly pointless racing to get out, you'll just get stuck in traffic.

Tuesday me and hubby were back at work (boo hiss) but the day went fast and we'd both got lots to do.  Said 15 year old however toddled off to the seaside with my Mum and step-Dad, my niece and my step-Dad's nephew

And here they are (in a different order) 12 years later!

They had a lovely afternoon and he came home with lots to chat about.

Wednesday marked the final '1st day in uniform' picture - I've dragged out the ones I've taken of him since 2006 and plan or getting some sort of photo montage done so I can scrapbook them side by side. 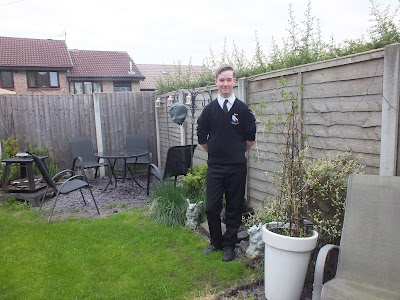 Thursday was a crazy crazy day at my second job and this morning - well I'm off for a day to my third job - albeit that this isn't a long term job - it still means my normal day off - well isn't!

It's both mine and said 15 year old's birthday next week and we are trying to make plans - albeit failing miserably - what do you think we should do to celebrate?

I hope you've had a great week, thanks for sticking with the post (if you are still here)

Mr Linky if you fancy joining in, pop a post together, mention us, pop back link up and we can come and visit - ooh and leave me a comment telling me you've done a post as I don't always remember to keep checking back!