Good morning - it is Friday - time to count those blessings, silver linings and positives from the week! 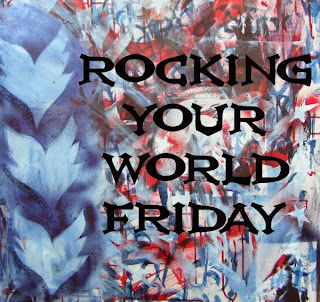 OK so meeting up with my old boss for a natter last Friday was fab, haven't seen him for ages so we had loads to catch up on and he brought me a belated Christmas gift in the form of a two jars of honey from his first batch from his hives and it has to be said having now tried it that it's amazing!

Saturday brought a meander up to Sheffield to meet with my brother and his girlfriend, we were going to check out a free screen printing session but the deli where it was being held was mighty full so we checked it out from outside and then had a wander to the market.  It was lovely to catch up and have a proper natter!  Said 15 year old had gone to the cinema with friends so he had a lovely afternoon also.

Another grateful was said 15 year old making his way home (it's a fair trek) on his own but keeping us informed as to where he was etc.

Sunday was a Winter walk with hubby and we stopped for a cuppa at the end! 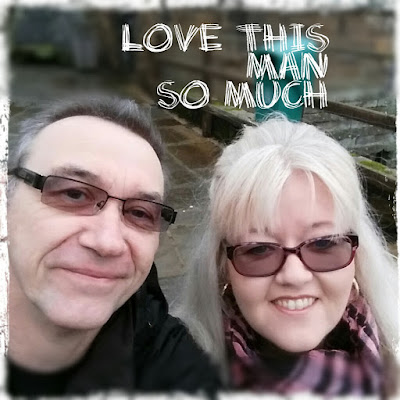 And here is said cuppa - actually it filled the cup 2.5 times which after the walk was very much appreciated and yes despite it being rather damp out, we sat outside to enjoy the fresh air a little bit longer! 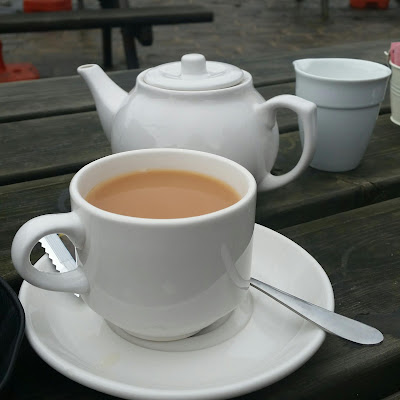 Then my new gadget that I have a slight obsession with at the moment, we have become the family of fitbits and this was me achieving the daily goal, however, it has to be said it is the only time this week that I've actually managed that, which shows me part of the reason why I'm carrying too much weight at the moment! 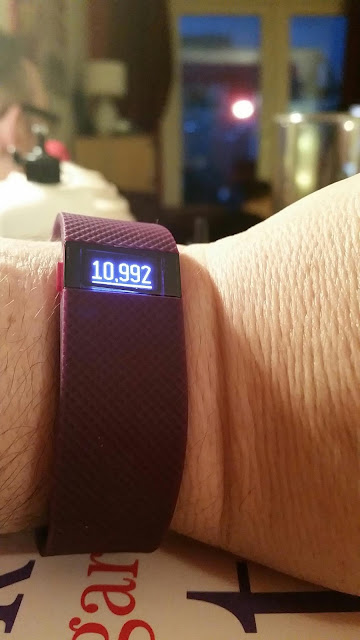 Tuesday said 15 year old had his first hospital appointment - not for anything too serious, but glad the hospital are being practical and getting things sorted.  He'll be on tablets for a short spell but this should resolve things, so grateful for the NHS and our Doctor being sensible and referring him!

Wednesday was lovely as we grabbed last minute a couple of games of bowling with some family, it was a little rowdy with the music blaring but it was a happy couple of hours, chatting and catching up! 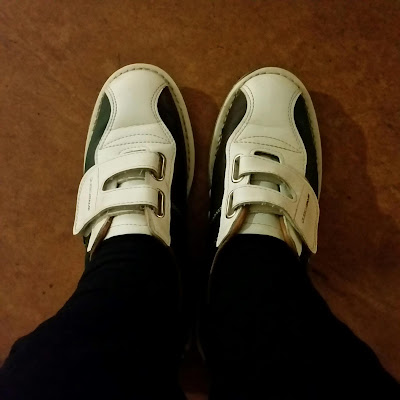 Thursday came and went in the blink of an eye and here we are on Thursday evening with another week gone, did I mention the next Rocking post will be in February we'll be getting the Christmas decs back out at this rate!

I hope you've all had a fabulous week and have some positive silver linings to look back on, if you fancy joining in, pop a post together, pop back link up and I shall come and visit, don't forget to leave a message to prompt me - brain like a sieve these days!